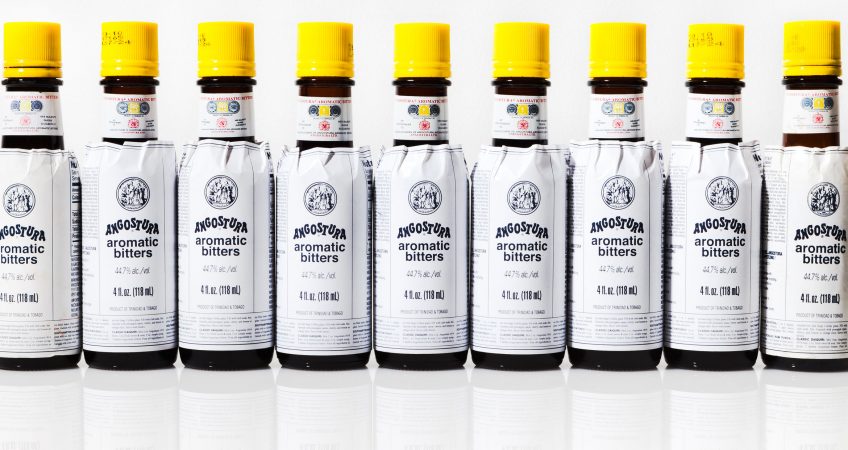 Angostura Bitters is a highly concentrated bitters based on gentian, herbs and spices. Founded in 1820 by a German doctor, Dr. Johann Siegert, the bitters were originally intended as a medicine to improve the appetite and digestive well-being of Simón Bolívar’s army in Venezuela.

In 1824, after much trial and error, Dr. Siegert eventually settled on a unique blend of herbs which he called “Amargo Aromatico’, or aromatic bitters. Siegert exported his unique product to England and Trinidad and by 1850 he had resigned from the Venezuelan army to concentrate on wider-scale manufacture.

Angostura Bitters was warmly received in London and upon Dr. Siegert’s death in 1870, his company was left to his younger brother and son who moved production to Trinidad six years later.

The new owners wanted to expand the business’ operations by entering their product into bitters competitions around the world, showcasing its quality. Between them, they planned a rebranding. One would design a new bottle and the other would design a label.

When they reconvened, the label was too big for the bottle, or the bottle too small for the label. Too late to fix, they entered the competition anyway. 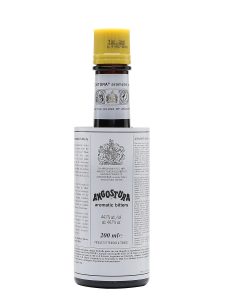 They did not win, but one judge recommended that they kept the mismatched packaging, describing it as ‘signature labelling’.

Following this advice, Angostura Bitters is recognised today as one of the most distinctive and iconic branding choices in the industry.

We love this story. We love how this marketing ‘mistake’ went on to define Angostura Bitters’ brand identity. It’s clear that sometimes it’s these sorts of quirks that go on to be the most memorable and effective aspects of the branding and we admire the imagination behind this bold decision.

Of course at Sunbaba, we are absolutely meticulous with our sizing and so the parallels between this story and our own work aren’t exactly mirrored. We do however appreciate the unorthodox and ingenious decision to reconsider marketing dogma and strive to maintain a similarly creative eye at every stage of the branding process.