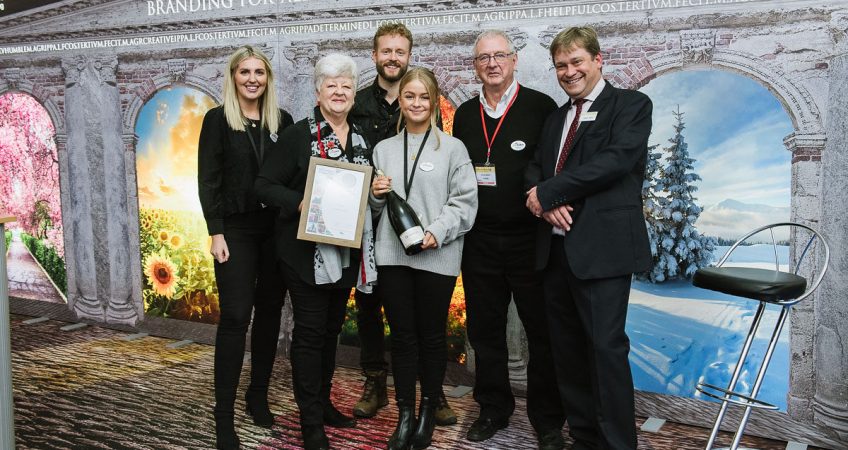 Posted by sunbaba In Latest News

This October, the Sunbaba team headed to the Showman’s Show, for the 21st consecutive year. Based in Newbury, Berkshire, the show attracts around 4500 people annually across two days and showcases almost 340 exhibitors including flooring, marquees and even funky portaloos!

We decided to feature an innovative new print process along with a new material, Mambo Backlit, taking full advantage of our 6metre backdrop. Utilising a three layer light-box print solution we were able to produce a vibrant and visually effective graphic.

The system includes a masked layer at the back which darkens areas to produce a more dramatic effect; a middle layer with the maximum amount of white to increase the light diffusion across the material and then a top layer with the full composition which gives a completely different appearance when not backlit.

We were thrilled that our hard work and efforts to create a memorable display were noticed when we received the award for second place in the Best Exhibition Hall stand category. Only beaten to the first prize by Etherlive, a client, who’s graphics we had also produced – so win, win!

Aside from the stand itself, we held a competition, asking visitors to the stand to compile the four words/ phrases that they felt reflected the Sunbaba team. The winner was Duncan Siegle, publishing director of Mash Media who said: speed of response, standard of work, personality and delivery were the attributes that make Sunbaba stand out from its competitors.

Each year we strive to reach a wider audience and different areas of the event industry. The Showman’s Show makes this task both more accessible and more enjoyable and we look forward to next year!